We all have that place we want to see before we’re gone. Whether it’s a hotel made of ice or your favorite team’s baseball stadium, there’s a place in the world everyone wants to go that’s either crazy far, crazy expensive, or maybe just crazy.

So we put these destinations off, planning to get there in the twilight of our lives, and there’s certainly nothing wrong with that… unless the dream destination disappears before you can visit.

We live on a planet that’s constantly changing, because of people and climate alike, and with each passing year a few places you might have on your bucket list get a little closer to kicking the bucket themselves. Here are ten amazing places to see before it’s too late and no longer an option.

Everyone loves Hawaii. People who say they don’t are lying. And the crown jewel of the archipelago might well be Kauai’s Na Pali Coast. The steep canyons and rocky cliffs are a result of waves attacking the shores while water constantly rushes down from Mt. Waialeale, one of the wettest spots on earth. It’s among the world’s fastest eroding coastlines, and hurricanes and tidal waves will only speed up the process. The ocean giveth glorious hiking trails, and, eventually, the ocean gonna taketh away.

A visit to the Kenai Fjords National Park will be beautiful and cold. And while it would be hard to consider global warming while looking at dozens of glaciers in a massive ice field, climate change is the reason that much of the park is only accessible by boat as the water level continues to rise. So bundle up, but try to remember that it should be colder.

The prospect of swimming with friendly seals and turtles is too good for most people to pass up. As such, the small set of islands might be reaching a breaking point as too many loud tourists continue rolling in each year, bothering the animals and leaving their garbage behind. Local authorities are starting to put restrictions in place, so the window for a Galapagos visit might be closing.

The world’s largest coral reef is home to an incredible array of life, and is big enough to include a handful of resort islands. Unsurprisingly, the reef’s fame brings lots of travelers who bring along lots of pollutants. The little organisms that make up the living coral aren’t so keen on pollutants. As beautiful as it is, it’s also a fragile ecosystem that’s not doing so hot.

Mayan ruins are a must-see for any ancient artifact lover, and Belize is a great setting in which to discover them. Just know that looting has become a common problem, so don’t be surprised if some ruins are closed to the public because everything was stolen the night before.

The beautiful hot springs that helped make Yellowstone America’s first National Park are also indicative of the thinner-than-normal crust lying beneath. The area experienced a massive earthquake as recently as 1959 that changed the landscape pretty dramatically, and the magma surely hasn’t frozen in the meantime, so get there sooner rather than later.

The Congo Basin is the second largest tropical forest on Earth. It’s home to dozens of endangered species that can’t be seen anywhere else. It’s also a great place to find civil unrest. Sadly, the country is so poor that they have little choice but to clear the forest for industrial logging to make room for large-scale agriculture. If you have the means, get there before the mountain gorillas are forced to pack their bags.

If you haven’t read the New York Times article about the potential for a catastrophic earthquake in the Pacific Northwest, here’s a summary: it’s entirely possible, some would say likely, that an earthquake registering 8.0 or higher is going to knock Seattle, one of the most scenic and activity rich U.S. cities, into the ocean. Get a coffee at the original Starbucks before it’s too late!

Mystique surrounds the great Egyptian pyramids, either because they’ve been there forever or were built by aliens. However they came to be, it seems these incredible structures now face their biggest challenge; nearby Cairo continues to grow and has no restrictions on development. Air pollution and sewage threaten the Sphinx from top to bottom and time may be limited to see the last standing member of the original seven wonders.

A couple hours north of San Francisco, Mendocino County is a throwback to what Napa must have once been: small wineries that don’t charge a tasting fee, wine makers who are still eager to prove themselves, and fewer stretch Hummers full of drunk bachelorettes. But as the region grows in popularity, prices are sure to go up. And with California’s seemingly endless drought, the threat of fire in the area is very real. 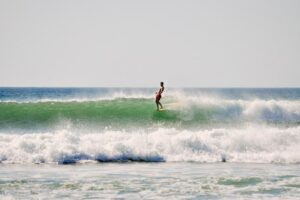 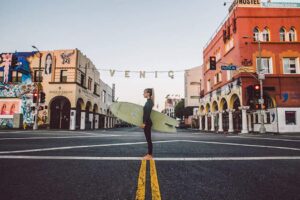 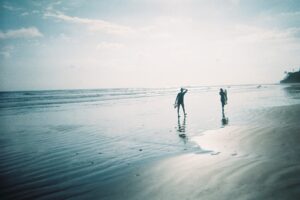