Perched alongside a wide stretch of beach with views of the Atlantic, Noah Surf House Portugal is an eco-friendly design-forward hotel with a long list of surfer-friendly amenities that take this place to the next level. We’re talking an on-site skatepark, surf shop, yoga studio, and ocean view jacuzzi, to name a few.

Located in the small low-key town of Santa Cruz, about 30 minutes north of Ericeira and an hour’s drive from Lisbon, Noah Surf House has the advantage of being in a wave-rich area that’s much less known than the famous Portuguese surf hubs like Ericeira and Peniche.

While you couldn’t declare the area ‘undiscovered’ per se (it’s a stop on the WSL Qualifying Series), there’s definitely a lot less tourism, fewer visitors, and fewer surfers than other Portuguese surfing hotspots, meaning generally less crowds in and out of the water.

Noah Surf House is a welcome addition to the charming village of Santa Cruz. The 8 guest rooms and 13 bungalows have a unique modern design, and the different room types feature highlights like ocean views, fireplaces, outdoor showers, surfboard racks, and private kitchens.

With an amazing location, easy access to uncrowded surf, creative sustainable design, and all the surf amenities a surf traveler could ask for, Noah Surf House is a choice place to stay to explore the abundant waves of Portugal’s west coast. 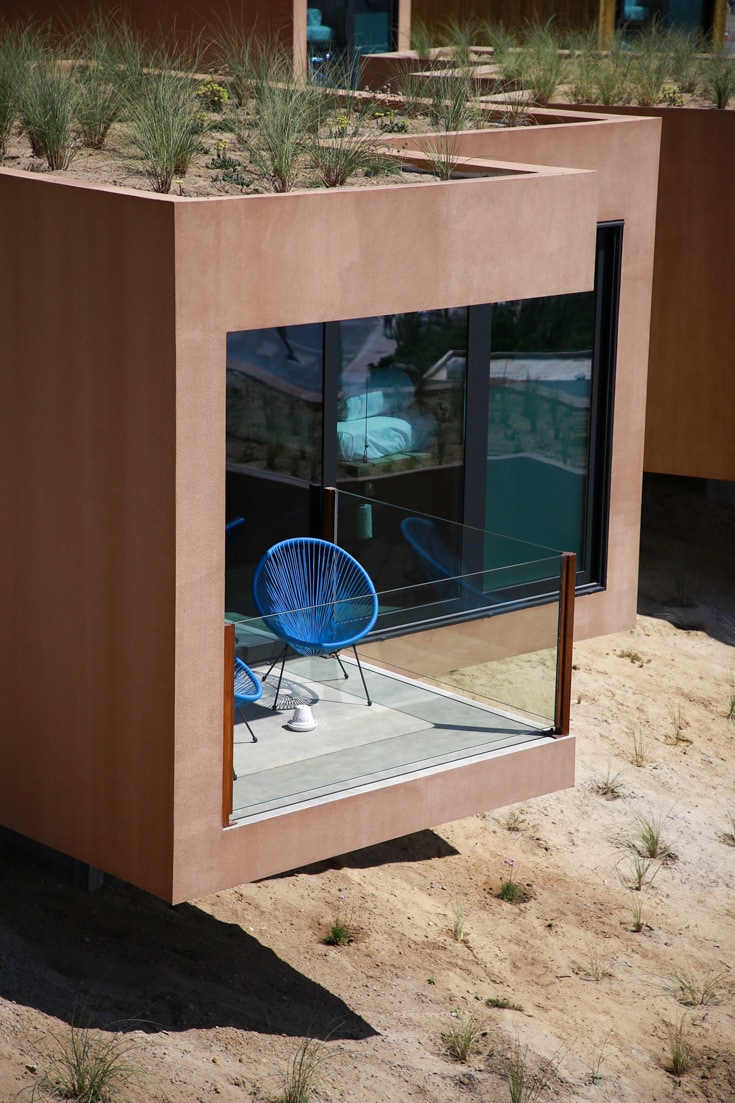 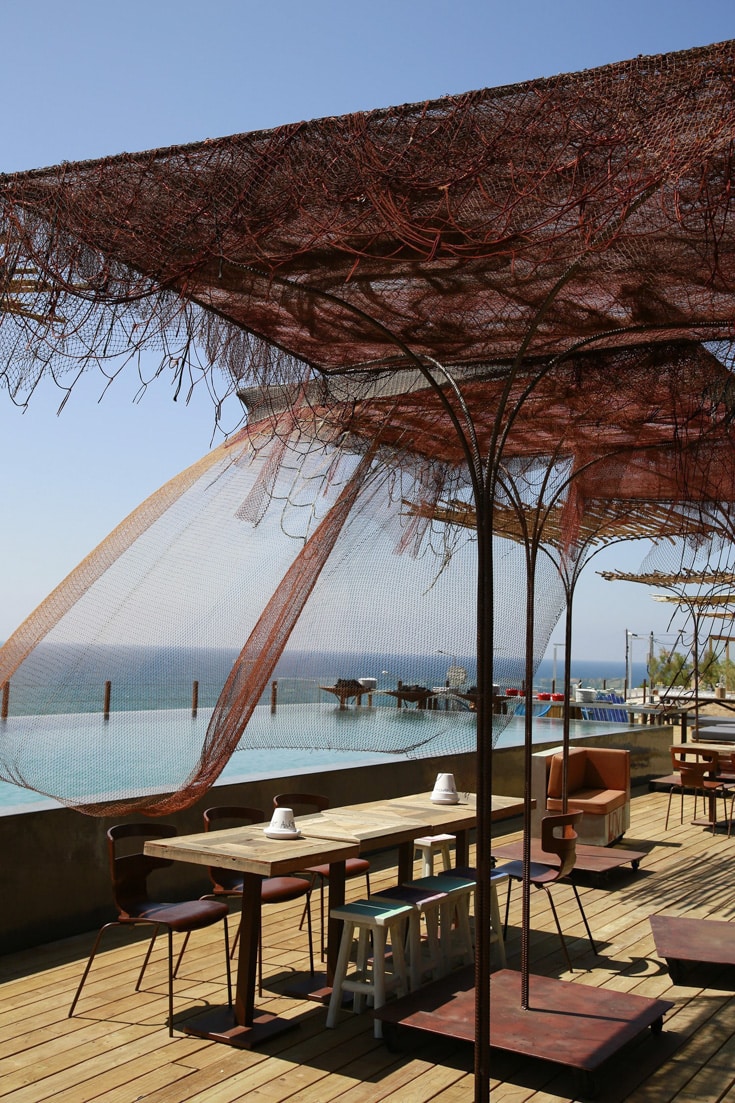 The rooms are whimsical and inspired by the sea. Weathered mismatched wood, fishing nets, and ropes are combined with earthy tones and modern elements like polished concrete and plush beds. Following their sustainability policy, aerothermal energy heats the floors and ocean breeze cools the rooms.

The on-site restaurant and cocktail bar are top-notch. Rooted in Portuguese cuisine, the menu takes inspiration from around the world with flavors from the Middle East, Japan, the Mediterranean, and beyond. For a beach-side bite, it’s a close walk to sister restaurant Noah Beach House which sits right on the sand at Praia da Física.

Portugal’s west coast is full of beautiful beaches with quality surf. Located almost midway between Ericeira (25 km south) and Peniche (35 km north), Santa Cruz is much quieter than its famous surf hub neighbors, making the waves a lot less crowded. Around Santa Cruz, you’ll find 11 local breaks (mostly beach breaks) that work best in small to moderate swells. The area is known for being relatively consistent, but if the local breaks aren’t working, there are many breaks to explore along the coast between Ericeira and Peniche.

*Rates above are per night, based on two guests, and include all taxes. Extra guests over two people are an additional €35 per person per night. Children under 3 years are free of charge and baby cots can be provided.

Santa Cruz is a small low-key town popular with vacationing Portuguese about halfway between Ericeira and Peniche. It’s about a 30-minute drive to Ericeira and an hour’s drive from Lisbon.

Santa Cruz and the surrounding coastline has picturesque towering jagged cliffs lining the Atlantic, broken up by long wide stretches of beach. There are plentiful point, reef, and beach breaks in the area, and waves for all levels of surfing.

If arriving by plane, you’ll want to fly into Lisbon Portela Airport (LIS), and then the drive to Noah Surf House is about an hour. Private roundtrip transfers can be arranged starting at €175. If you want to have the flexibility to explore the coast during your trip, we recommend renting a car at the airport.

PAYMENT POLICY
A 15% deposit is required to make a reservation and a credit card is required and pre-authorized at the time of booking to guarantee the reservation.

CANCELLATION POLICY
The reservation may be canceled/changed up to 14 days in advance for the cost of processing fees (3.5% of the deposit). Any cancellation/change made less than 14 days prior to arrival will be charged the number of nights corresponding to half of the stay (the minimum charge being one night) as a cancellation charge. In case of no show or early departure, the reservation will be charged in full.

AGE POLICY
Children under 3 years old are free of charge and a cot is available.

* As an Agoda associate, we may earn when you book through a link on our site. There is never an additional cost to you, and as 1% for the Planet members, we donate a portion of our earnings to nonprofits that support our oceans and the environment. Thank you for supporting Lush Palm – this helps us stay ad-free and continue to create fresh content and helpful guides.